WHAT WAS IT LIKE TALKING TO A SUICIDAL EX PREACHER? As I walked down that long hallway…broken men waiting for me in the room ahead, its like I could feel the spiritual wickedness walking next to me in that prison. Honestly, last night was wild. There were many still left in bondage but I thank God for the 9 Salvations I told you about yesterday.  I’m writing this to tell you how much your prayers are impacting people. Please keep praying. After the altar call a younger gentlemen walked right up to me, shook my hand, and in tears he said we’d met before. I smiled as He told me he was a waiter at a restaurant my wife and I eat at sometimes. He told me everything changed for him last night and that he knows what to do once he is released. I told him, I’d see him again at that same restaurant…

There was a man not moving, head bowed sitting in his seat. I walked over to him, looked down, and saw the puddle of tears. He was a smaller man and looked weak and broken. He told me he’d felt oppressed all day and didn’t know how he was going to make it. He said he was going to give up yesterday but he heard I was there. He had to fight to get the officers to let him come to the service as he was in a different section. He was the last one in the service, and the last one to leave. He trusted Christ and told me directly… “I’m never going to give up again.” Every new believer in that room gathered around this man in prayer.

Once the room was almost cleared there was a disturbed man standing in the corner waving me down. He could barely get his thoughts together as he began to tell me he was already a believer but has lost his way. Honestly, I don’t think I’ve ever stood in front of someone that looked so empty. He then told me that he used to be a preacher. A couple months before he was locked up, he was actually getting ready to become the pastor of a church in his home city. I won’t give you the whole story, but he reminded me of Job. He even told me, he’s been trying to read Job but can’t seem to get any peace. His family went through a situation that I wouldn’t feel comfortable writing about on Facebook.

Due to a wicked act of sin, his family fell apart and this man started down a path of destruction which led him standing in front of me, suicidal. He told me he’s thought about ending it all. Satan got him. He got him good. But, it’s not over. We all prayed over him. I will be bringing him materials to get this man back in the fight. I need your prayers. What was it like standing face to face with an ex preacher ready to end it all? All I have to say is pray for your Pastor. The Church is this countries last defense against total destruction. The devil knows this. Satan is seeking to take your man of God out like a Lion seeks it’s prey. Stay close to Jesus family!! Closer then you ever have before. Lord, we need you.

I love you all. 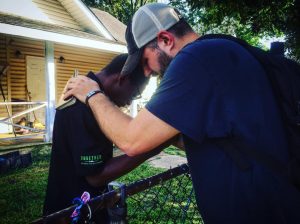 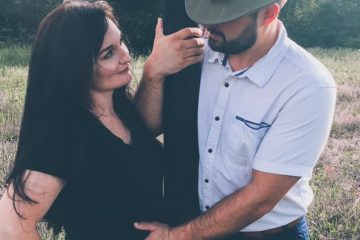 I LOVE YOU! God’s plans for you are beyond what anyone can comprehend. I want you to read this carefully and slowly. Over everything, read scripture more often than you do anything else. Seek the Read more… 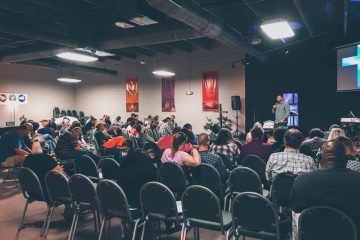 I was born again Feb 19th, 2006. I gave my life to Christ and started on a journey that continues to humble and surprise me. Walking into The Journey Church today i was blown away by Read more… 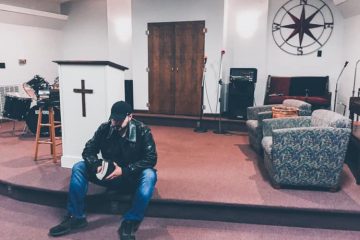 I JUST GOT SAVED, NOW WHAT?

I believe the day you were born again is the single greatest day of your life. Whether we met in a church, high school, prison, on the street, or you attended one of our events Read more…